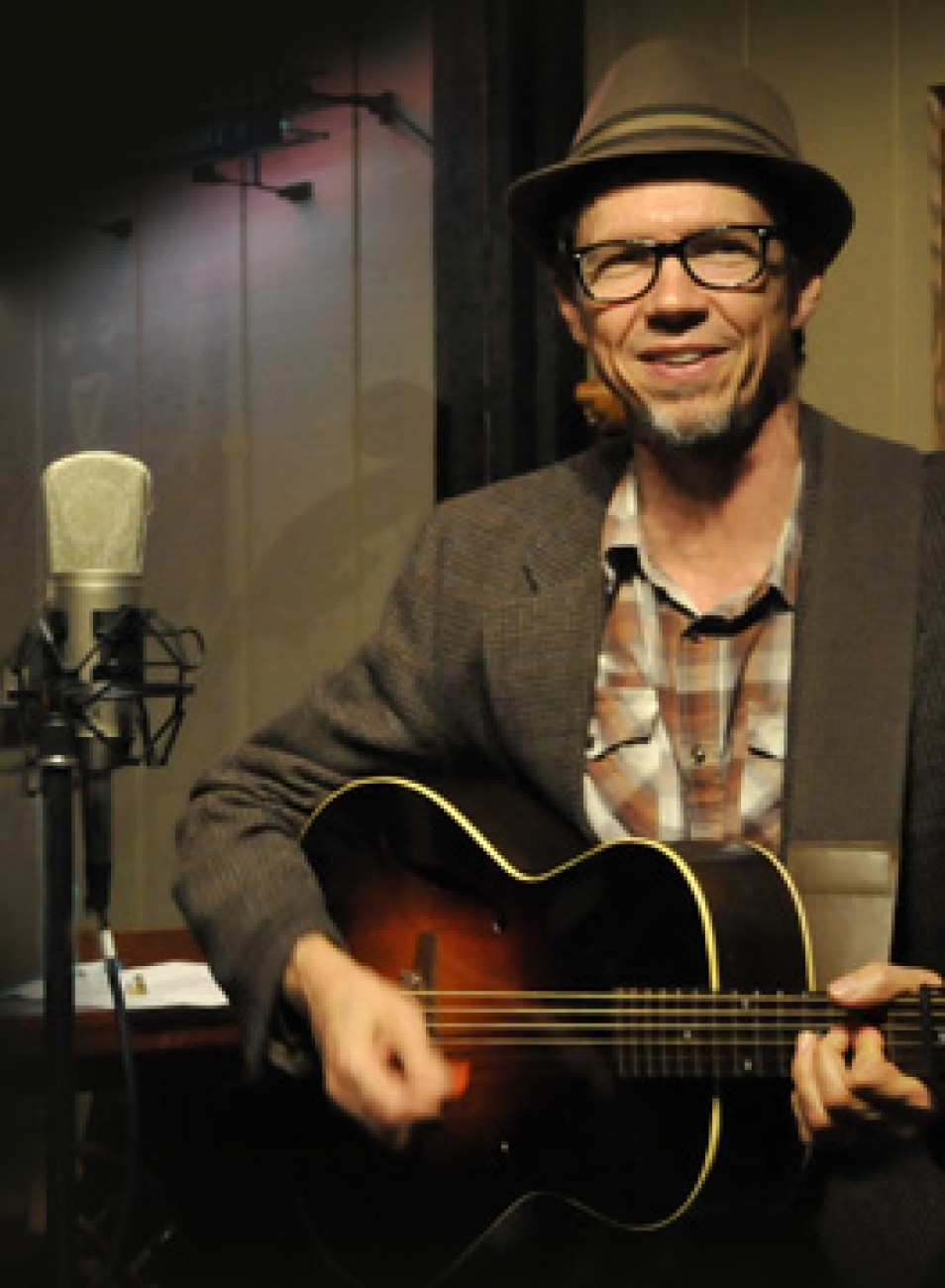 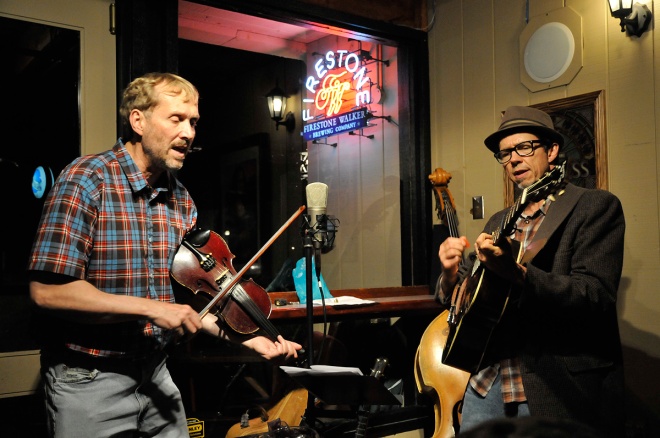 Stuart Mason and Gary Arcemont play a variety of old-time country music on fiddle, banjo, guitar, mandola, and mandolin. For years they have played together as part of the Old-Time Fiddle and Banjo Show, a loose confederation of pickers and sawyers that perform weekly in San Luis Obispo. They call it old-time music but the repertoire spans Appalachian fiddle tunes, Cajun two-steps and waltzes, early bluegrass, country blues, and the occasional Irish jig or reel.

Fiddler Gary Arcemont cooks up a musical roux that originated in the South Louisiana swamps of his Cajun family and the Appalachian birthplace of his grandfather in Asheville, North Carolina. To add some extra spice, he mixes in the fiddle traditions of New Mexico, Texas and Arizona to his black iron gumbo pot. He can be found stirring the pot with a number of bands, from California to New Mexico.

Stuart Mason was born in the hills of West Virginia and has been playing traditional music on stage for over 35 years. He is known for his authentic vocals, driving backing on guitar and mandola in alternate tunings, and inability to hold his whiskey. On banjo he plays in the older clawhammer and two-finger styles. Stuart has won awards for traditional singing (Goleta Old-Time Fiddler’s Convention), mandola (Topanga Banjo and Fiddle Contest), and songwriting (West Coast Songwriter’s Association). Deeply rooted in Americana, Stuart’s original songs are the fruit of many years he spent immersed in traditional music. In addition to Little Black Train and Celtic combo Molly’s Revenge, he helps present a long-running weekly residency in San Luis Obispo with the Old-Time Fiddle and Banjo Show.

Luna Red is a unique dining concept created and executed by Chef Shaun Behrens. A passion for simple and clean food, local produce, and a warm ambiance helped spur the vision for Luna Red. Inspired by the European custom of respect for the locality and traditional preparation of food, the menu includes cured meats, local cheeses, and produce from regional farmers’ markets.